Dutch Scouts Dropped into the Middle of the Woods

Dutch Scouts Dropped into the Middle of the Woods 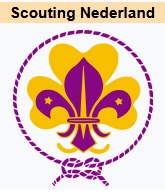 "Getting 'dropped' in the forest is a beloved scouting tradition," wrote Ellen Barry in an article for the NY Times. She tagged along with three Dutch Scouts who were "dropped" into the middle of the woods at 10:00 PM a long way from their summer camp and challenged to find their way back. They were given a "primitive GPS" device but little else.

Barry wrote, "This is the Dutch scouting tradition known as a 'dropping,' in which groups of children, generally pre-teenagers, are deposited in a forest and expected to find their way back to base. It is meant to be challenging, and they often stagger in at 2 or 3 in the morning."

Addressing her readers, Barry said, "If this sounds a little crazy to you, it is because you are not Dutch." She might have also predicted this reaction from American Scout leaders, "What a cool idea! But getting approval to doing it here? Fuhgeddaboudit!"

Posted by 3 Rivers District, Northern NJ Council at 7:43 AM