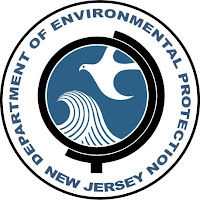 Earth Day and an Interview with NJDEP Commissioner Bob Martin


Click here to listen to a 20 minute interview with Bob Martin as he reflects on NJDEP's many accomplishments since its formation in 1970, on the same day as the very first Earth Day.

Martin tells how he got turned on to conservation while he was working toward Eagle Scout back in the 70's, and how his Scoutmaster taught the troop how to think in terms of habitat, wildlife, watersheds, and aquifers. He said, "It became part of my core values."

Martin contrasted the limited focus on conservation when he was young versus how environmental issues are being taught in schools, which he called "multi curriculum" and showing up in nearly every class including math. Meanwhile schools are planting organic gardens, setting out rain barrels, recycling, installing energy efficient furnaces, solar panels, etc.

It was pointed out that New Jersey was where the Industrial Revolution first took hold in America, creating a lot of prosperity but also a lot of pollution. Martin told about some 20,000 contaminated sites that had been cleaned up, and how New Jersey now has a 99.9% record of clean and open beaches versus frequent past closures due to pollution and high bacteria count. He was also proud of efforts to clean up parks and to prevent people from using them as places to dump trash.

Posted by 3 Rivers District, Northern NJ Council at 9:40 AM